Just a Matter of Time 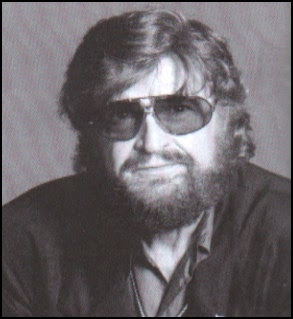 I ain't cornel west
I am cornel west side chi town Guevara
Malcolm eXorcise the demons
Gangster leaning
He traded in his kufi for a new era
chose a 44 over a mortar board
I ain't a credited institute graduate
I ain't from Nazareth
My conception wasn't immaculate
I ain't mastering no calculus
A good addition to the rap audience
I back flipped on the mattress they slept on me on
What down Joe, knowing is half the battle
fighting temptation, have an apple
Shakes the snakes, pimp the system
Let's get into it, tabernacle
-Lupe Fiasco

In little more than ten years the internet has been transformed from a province of specialized technocrats and commercial interests to a democratic platform. The citizen journalists known as bloggers mirror the pamphleteers of the eighteenth and nineteenth century who played an important role in the founding of the United States, the erosion of monarchical authority in Europe, and the abolition of slavery.

By their unique legacy of being present for the longest and possessing the rights of citizenship in the least, blacks have served as a barometer for the health of American democracy. Every motion at enlarging democracy has been met with resistance. It has ranged from abrasive government policies in the postbellum South used to limit movement of the labor force out of agriculture to the inundation of narcotics and hedonism into urban centers as part of the insidious undermining of a nascent Black Power movement.

In keeping with his role as comprador, Henry Louis Gates Jr. has recently launched The Root, a consortium of black bloggers. Many venerable and formidable intellects are included. But how does the imprimatur of The Washington Post change this landscape?

The Afrosphere has dared to venture where few tread. Subject matter traditionally considered to be outside the concern of blacks regularly appear. The complexities and motivations of the actors involved defy easy encapsulation and branding.

Don't get me wrong. I subscribe to WaPo and my brother is a regular contributor. But I worry that this is just one more field corporate barbarians have chosen to exploit. No form of human expression has escaped their viral attachment and penetration.
Posted by Submariner at 6:17 AM No comments:

All The Pieces Matter

A couple of weeks ago I debated the virtues of George W. Bush with a colleague who told me that George W. Bush, like Truman, will be vindicated by history. Today even he admitted that things appear grim.

The White House occupant and the FOMC moved aggressively to reassure investors. But will they take similar action on behalf of the most vulnerable and least politically skilled members of our society before it's too late? While elite colleges contemplate methods for assisting sons and daughters of the middle and upper classes, Algernon Austin writes that the struggle for subsistence is just beginning for the serried ranks of the underclass. The veil between the well-off and the lesser-included will surely be tested in the near future.
Posted by Submariner at 2:33 PM No comments:

What's In a Name? 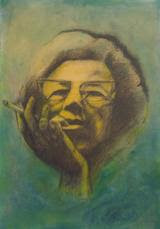 "What's in a name? That which we call by any other word would smell as sweet." This phrase from Juliet encapsulates the belief that words are merely audiovisual expressions which can be separated from history and unable to capture the essence of something. Shakespeare, the greatest wordsmith in the English language, knew the truth was quite different.

With his usual verve and audacity, Denmark Vesey recently argued in the affirmative for the Juliet line. But this essay by Hugh Raffles examines the historical record and arrives at a different conclusion. A pervasive narrative of Jews as subhuman was a prerequisite for their targeted extermination.

Elite blacks who choose to reject black identity politics fail to acknowledge that this is a privilege which rests against the backdrop of an undistinguished mass of colored folks who will never get the opportunity to make a similar deliberation. Like their Junker counterparts, these secure blacks who choose rugged individualism don't believe their fate to be conjoined with their less fortunate brethren.
Posted by Submariner at 10:31 AM No comments: 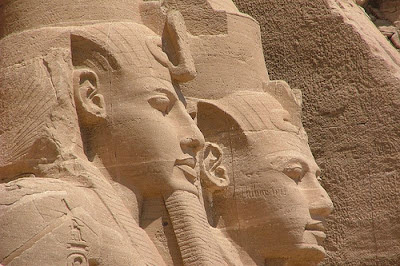 Three Novels of Ancient Egypt is a trilogy of work by Nobel prize winner Naguib Mahfouz. What it shows in exquisite detail is the interdependency of the masses that exist within the hinges of history and the illustrious pharaohs who lord over them. From a modernist perspective we could look with a mixture of disdain and pity at the multitudes that sacrificed themselves in going to war and building pyramids to honor a remote despot. But it would be a mistake to think that the peasants who worshiped Pharaoh actually believed he was a god who could not be felled with a weapon or succumb to disease and old age. Rather, what they understood was that pharaoh was a vessel for the blessings that the gods had bestowed on their nation. And in honoring this earthly form they were acknowledging a divine presence outside of themselves for the universal good.

All public figures are objects of mass transference. As an emergency physician I am regularly the subject of transference issues on a tiny scale. However, this is an essential part of the therapeutic process. Patients imbue me with qualities and values that I have in short supply in my personal life. Although years of intense study and training have made me competent, my modest power as a healer ascends from the patient to me through this mechanism.

Barack Obama's ascendancy is not mere idolatry. It is instead a small measure of salvation for a nation that has slipped from a position of unequaled dominance for fifty years into the uncertainty of decline. If this man becomes president, what are the unrealized possibilities for the country? It isn't the end of racism or inequality. Nor is it the answer to the calamities which Craig Nulan copiously documents. But it is a singular and fragile achievement for a nation which struggles to create institutions that express the popular will with all its pockmarks and wrinkles.

The coronation of Obama would quite logically and erroneously be dismissed by some as ephemera. Unlike the messianic appeal of Ron Paul, progressive interests don't appear perfectly aligned with the man. In a modern culture where theater is at least as important as substance Obama has an exuberant style of his own. It remain to be seen, however, if this can be coupled with a popular initiative to create an enduring and proud legacy.
Posted by Submariner at 7:33 AM No comments: 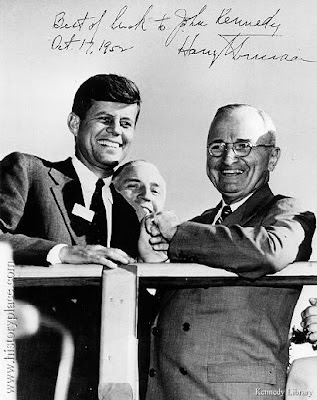 Ted Widmer is a historian and worked as a speech writer during the Clinton presidency. He is the editor of one of my favorite books, American Speeches: Political Oratory from Abraham Lincoln to Bill Clinton. His recent article in Washington Monthly combined with Paul Krugman's op-ed in last Friday's New York Times highlight the real uncertainties but achievable goals for a hypothetical Obama presidency.

Foreign policy remains the area where a president's influence is greatest. Does Senator Obama have what it takes? No global concern can be adequately addressed without China's input. Will Obama meet this challenge directly or will he relentlessly pursue the War on Terror to it's ill fated outcome?

Obama's vision of foreign policy doesn't include a platform for eliminating nuclear weapons. His nuclear policy is thunderously silent on China's role as a facilitator in nuclear weapons development by rogue states.

I am heartened that his criticisms of UN shortcomings are coupled with an acknowledgment of the organization's importance and a far less inimical stance. He espouses the model of foreign relations backed by enhanced if not outright aggressive military posture. But it is doubtful that any President of the United states could ever decline this Truman legacy.

Sadly, he treats Africa as a charity case. He spouts the usual tropes about how America should be engaged to relieve burdens such a hunger, AIDS, and ethnic cleansing. This is an outdated way of thinking that will engender little domestic support. As Barack continues his role as legitimate contender we can expect the mutual complaisance to further erode. But it sure was fun while it lasted.
Posted by Submariner at 9:24 AM No comments:

A lil sumthin for Ron Paul

I had planned to write a review of The Great Debaters. But after viewing the bootleg DVD I segued into CNN and witnessed Barack's trouncing of Hillary and decided to paste this instead.


My thanks to Michael Fisher for prompting this.
Posted by Submariner at 10:51 PM No comments: