He Got That Right

The Court today holds that the Eighth Amendment categorically prohibits the imposition of the death penalty for the crime of raping a child. This is so, according to the Court, no matter how young the child, no matter how many times the child is raped, no matter how many children
the perpetrator rapes, no matter how sadistic the crime, no matter how much physical or psychological trauma is inflicted, and no matter how heinous the perpetrator’s prior criminal record may be. The Court provides two reasons for this sweeping conclusion: First, the Court claims to have identified “a national consensus” that the death penalty is never acceptable for the rape of a child;second, the Court concludes, based on its “independent judgment,” that imposing the death penalty for child rape is inconsistent with “‘the evolving standards of decency that mark the progress of a maturing society.’” Ante, at 8, 15, 16 (citation omitted). Because neither of these justifications
is sound, I respectfully dissent.

The entire decision can be read here.
Posted by Submariner at 10:43 AM No comments:

Posted by Submariner at 10:29 PM No comments:

History in the Making

Posted by Submariner at 9:18 PM No comments:

In an election year which literally showcases the son of an African and the scion of slave-holding aristocrats, I sometimes reconsider my apostasy. While the consensus is that the Black church is a force for political empowerment, my reading of history leads to a different conclusion. If not for the restrictions imposed from above, there is no reason to believe that blacks forcibly transported to the New World or living under colonial rule would have embraced Christianity. It is only with a combination of active encouragement and tacit approval of the dominant structure that the church took root in the Black community.

Posted by Submariner at 7:11 AM No comments:

Show Me What You Got 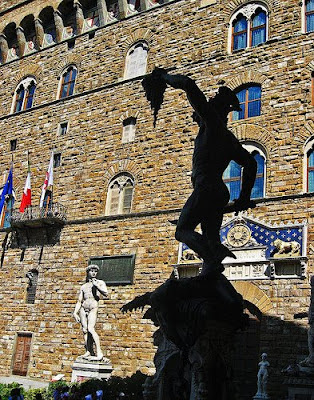 Posted by Submariner at 6:18 AM No comments: 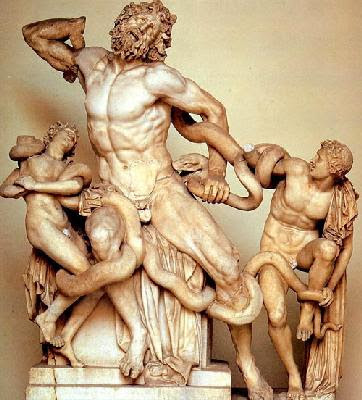 Contrary to the popular opinion of supporters and foes, not even a President Obama will simply disengage from Iraq or unilaterally disarm the United States. This Thursday and Friday, the Miller Center will host a conference, The Politics of Troop Withdrawal, that I hope brings much needed clarity to the subject.

If history is a useful guide, the reality will be that removing ground forces from Iraq will be linked to stepped up air war and covert operations. The hawks will be assuaged by enhanced focused on Afghanistan and doves will approve de-escalation.

When Obama calls Iran small, he isn't discounting the threat that it poses. He is simply making a cold, rational decision in the face of a deepening commitment and diminishing resources to support a client state on the Iranian border.

The dissolution of the USSR caused a disruption to the military establishment on a level that it had not encountered since the end of the Second World War. September 11, 2001 was utilized, like Korea, to justify not only maintaining the status quo ante but to greatly expand it.

Barack Obama proposes to recalibrate the focus from expansionism to security. In its quixotic quest, the Bush administration is threatening the apparatus that has guided foreign policy since FDR. The futility of preventing the rise of lesser powers is a lesson that the Chinese taught America in Korea, Vietnam, Laos, and Cambodia. The policy of accommodation, fiercely resisted by LBJ and eventually accepted by Richard Nixon, has been accepted doctrine until George W. Bush arrogantly chose to revisit the issue.
Posted by Submariner at 9:17 AM No comments:

Devra Davis is a courageous scholar whose work openly advocates a political goal. Too many scientists sequester themselves to analysis and avoid policy prescriptions. Although it is de rigueur to omit industry considerations from discussions on public health, Davis does an exceptional job proving otherwise.

Posted by Submariner at 12:08 AM No comments: