We've Got So Far To Go

Posted by Submariner at 5:02 AM No comments:

The avatar will see you now 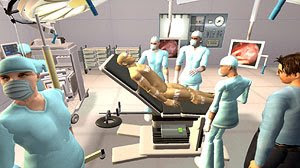 THAT people undergoing medical procedures should give their informed consent might seem simple and uncontentious. But what if a patient has a mental impairment and his doctor does not have time to ensure he understands the proposed treatment? Those who try to look after the interests of such people say that, in practice, hard-pressed hospital staff often ask leading questions and the “consent” obtained is thus far from informed.

A team of researchers led by Suzanne Conboy-Hill, a psychologist at the Royal Sussex County Hospital in Brighton, England, reckon virtual environments could provide the solution. They are designing a virtual model of the hospital and, in October, it will receive its first “patients”—a group of 20 volunteers with learning disabilities who will visit it in order to find out what’s what and, in particular, to be talked through the sort of treatment they might be offered if they really were patients.

The hospital is being built in Second Life, an online world in which people participate in the form of virtual representatives known as avatars. In the case of those in the study, their digital alter egos will begin their journeys at a simulation of the Grace Eyre Foundation centre for adults with learning disabilities in Brighton, which they attend in real life. Local landmarks such as the town’s famous seaside pier will be used to help familiarise them with their surroundings before they arrive at a virtual version of the Royal Sussex.

Posted by Submariner at 6:34 AM No comments:

The Roberts Court as a Business Court

Posted by Submariner at 6:21 AM No comments: 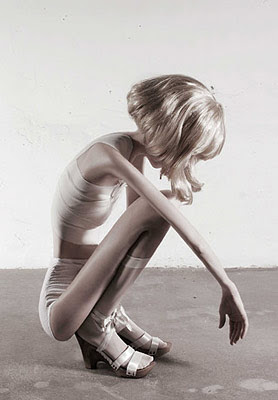 Fresh Air from WHYY, June 18, 2009 · Chip Berlet has studied extremism, conspiracy theories and hate groups for more than 25 years. In a recent report for PublicEye.org, he says that the murders of abortion provider Dr. George Tiller and Holocaust Museum guard Stephen T. Johns exemplify the potential for violence that often lurks within extremist groups.

Berlet argues that right-wing pundits share some of the moral responsibility for the actions of their followers. He summarizes the analysis in his report in a June 10 Huffington Post article about Johns' murder: "Apocalyptic aggression is fueled by right-wing pundits who demonize scapegoated groups and individuals in our society, implying that it is urgent to stop them from wrecking the nation."

Berlet is a senior analyst at Political Research Associates, a Boston-area-based think tank, and the co-author of Right-Wing Populism in America: Too Close for Comfort. He is also the editor of Eyes Right! Challenging the Right Wing Backlash.

Posted by Submariner at 6:25 AM No comments:

Time For Some Action

PHOENIX — Two of three people arrested in a southern Arizona home invasion that left a little girl and her father dead had connections to a Washington state anti-illegal immigration group that conducts border watch activities in Arizona.

Jason Eugene Bush, 34, Shawna Forde, 41, and Albert Robert Gaxiola, 42, have been charged with two counts each of first-degree murder and other charges, said Sheriff Clarence Dupnik of Pima County, Ariz.

The trio are alleged to have dressed as law enforcement officers and forced their way into a home about 10 miles north of the Mexican border in rural Arivaca on May 30, wounding a woman and fatally shooting her husband and their 9-year-old daughter. Their motive was financial, Dupnik said.

"The husband who was murdered has a history of being involved in narcotics and there was an anticipation that there would be a considerable amount of cash at this location as well as the possibility of drugs," Dupnik said.

Forde is the leader of Minutemen American Defense, a small border watch group, and Bush goes by the nickname "Gunny" and is its operations director, according to the group's Web site. She is from Everett, Wash., has recently been living in Arizona and was once associated with the better known and larger Minuteman Civil Defense Corps.

A statement attributed to officers of Forde's group and posted on its Web site on Saturday extended condolences to the victims' families and said the group doesn't condone such acts and will cooperate with law enforcement.

"This is not what Minutemen do," said member Chuck Stonex, who responded to an e-mail from The Associated Press sent through the Web site. "Minutemen observe, document and report. This is nothing more than a cold-hearted criminal act, and that is all we want to say."

The assailants planned to leave no one alive, Dupnik said at a press conference in Tucson on Friday. He said Forde was the ringleader.

Posted by Submariner at 6:00 AM No comments:

Posted by Submariner at 6:20 AM No comments:

Posted by Submariner at 7:51 AM No comments:

Posted by Submariner at 6:16 AM No comments:

You Gotta Love Them

Posted by Submariner at 6:09 AM No comments: