Posted by Submariner at 7:18 PM No comments: 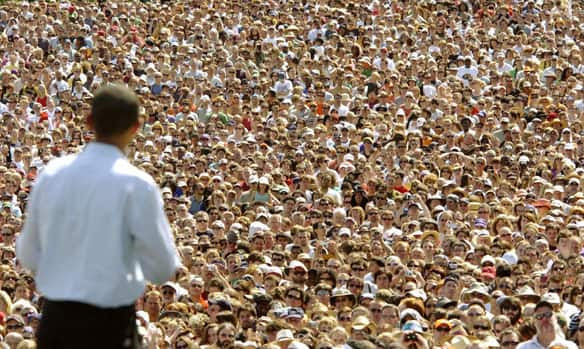 We are but warriors for the working day.
-King Henry V
by William Shakespeare


If the national military establishment is a corporation, then we citizens are its shareholders. It is undeniable that American imperialism has its roots in democracy. As Franklin Delano Roosevelt set the foundation of our modern empire, he enjoyed overwhelming support that has never been equaled. Once the bricks and mortar were laid, the only thing left were arguments about where to place the sunroom and which furnishings should adorn the halls.

Conventional leftist or progressive wisdom purports that elites use rhetorical sleight of hand and overt coercion to manipulate the masses. While not untrue, most Americans have consented to being seduced.

Barack Obama will certainly become the next President of the United States. The popular narrative not withstanding, it will take much more than a cohort of racists to deny him the presidency.

In this election cycle, the internationalists are surging to victory. The very fact that only senators remain in contention for leadership of the First World testifies to this. Not governors or businessmen promising to impose their will on Washington but consummate insiders who function as equals among the legislative elite.

Barack's team is entrenched firmly in the internationalist camp which advocates for multilateralism. The same Northeastern liberal establishment that produced John F. Kennedy and FDR has conceived Obama. Though he now wears a flag pin, even the Illinois senator's mantras of "Change" and "Yes We Can" are global in their embrace.

The greatest political figures, including Senator Obama, embody the conflicts and opposing isms that comprise America. Politics literally doesn't get more retail than Obama - an Ivy Leaguer whose background is in local community organizing, a state representative of a district enmeshed in Black Power politics who assiduously avoids discussing racial barriers encountered by his supporters, a United States senator offering an olive branch to Cuba and Iran while advocating a more aggressive posture in Afghanistan and Pakistan.

Contrary to naysayers, the executive matters for s/he decides which current to follow. We, however, have a small but definite input. And tapping into our aspirations is the source of Barack's exceptional magnificence.
Posted by Submariner at 2:40 AM No comments:

What Hillary Should Have Done

Instead of hoping for Barack Obama's demise or relying upon the support of racists, this is the kind of idea that Hillary Rodham Clinton should have been advocating. If she were a true feminist, Sen. Clinton wouldn't need to appear tough by posing with a cadre of generals or throw back shots with the boys and spout off about obliterating Iran. She would have known that nothing is more vital to national security than family well-being.

Posted by Submariner at 10:23 PM No comments:

Posted by Submariner at 7:22 AM No comments:

West Virginia, We Love You

Posted by Submariner at 11:06 PM No comments: 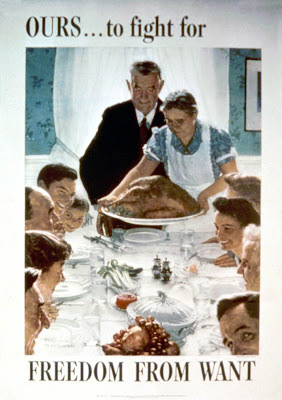 The domestic agenda can be properly understood only in an international and historical context. Carl Bosch provides a vivid example of the intersection of science, capital, and politics. He came to prominence with the discovery of a procedure to make ammonia. By facilitating the production of the key element in fertilizer, the Haber-Bosch process would advance human well-being. But just as important was its role in producing explosives and chemical warfare agents.

In the 1920s, Carl Bosch was predicting peak oil. He turned his agile mind toward developing synthetic fuels. The capital requirements were so huge that IG Farben, the company Bosch founded, turned to the Reich for help. The program of self-sufficiency dovetailed nicely with Hitler's massive military rearmament program.

Currently, the alternative fuel industry is burgeoning. Citizens are enticed with dreams of maintaining luxurious lifestyles which incur less financial and environmental cost. The power politicians see a Leviathan unbound from the physical constraints of fuel imports and critics complaining about domestic burdens of foreign intervention. Overall, any advance on the energy front is likely to exacerbate global conflict.
Posted by Submariner at 11:19 AM No comments:

Posted by Submariner at 9:23 PM No comments: 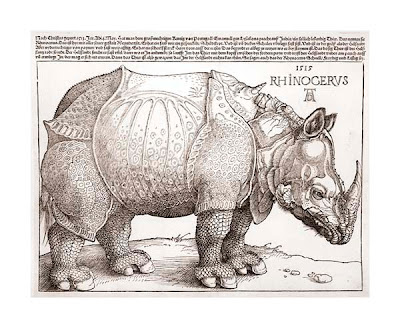 Posted by Submariner at 8:08 PM No comments: