Posted by Submariner at 9:08 AM No comments: 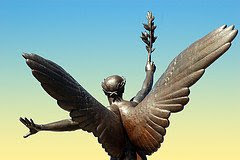 Posted by Submariner at 6:38 AM No comments:

You know, I think he's right 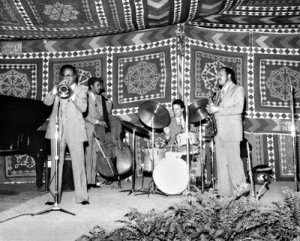 Obviously, there are so many factors that have been applied, incrementally, over a long time, to bring us to a place where an African-American can be elected president. But I cannot help believing that the ubiquity and esteem of the black man in sport has played a significant part in this transformation that enables a black man to run for president.

Look, maybe Barack Obama would be the Democratic nominee if there had never been a Frank Robinson and a Michael Jordan and a Tony Dungy and a Derek Jeter. But I really don't think so.

I think it's reasonable to argue that black cultural hegemony has influenced the emergence of Barack Obama.

Posted by Submariner at 7:20 AM No comments:

All the world's a stage 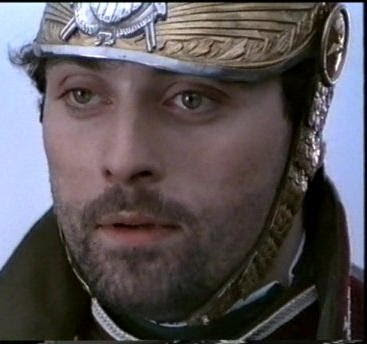 And all the men and women merely players.
-William Shakespeare

"Policy," wrote Metternich, the Austrian minister who steered his country through 39 years of crisis by a tour de force perhaps never excelled, " is like a play in many acts which unfolds inevitably once the curtain is raised. To declare then that the play will not go on is an absurdity. The play will go on either by means of the actors or by means of the spectators who mount the stage....The crucial problem [of statesmanship], therefore, resides in the decision of whether to assemble the audience, whether the curtain is to be raised and above all in the intrinsic merit of the play. "
-Henry A. Kissinger

While striding across the world stage as a true life incarnation of Fortinbras, Barack Obama was helped tremendously by Nuri al-Maliki. The Iraqi prime minister seized the diplomatic initiative to endorse the Democratic candidate for president. It was yet another deflection to American nationalist aspirations.

With calls for more aggressive intervention in Afghanistan, greater demand for Pakistani subservience, and an enthusiastic and mutually reciprocated embrace by the military apparatus, Senator Obama proved his sangfroid. This posture completely undermined his opponent's charge that a Prsident Obama would concede defeat to Islamic fundamentalism or fail to adequately defend the national interest.

If, as I've previously advocated for, Chuck Hagel is tapped as Obama's running mate, then John McCain will effectively be deprived of oxygen. Unlike his Republican colleague, the senator from Nebraska absorbed the correct lessons of Vietnam and recognizes the tragedy that ensues when a great power ceases to be directed by tangible interests with realizable gains and instead obsesses over projecting an image of strength. Hagel's presence on this trip signals that at the very least he will be the next Secretary of Defense if Obama occupies the White House.

Despite its declining political and economic strength, the United States remains quite significant and potent. Modern history has shown that even the most strident revolutionary states of Russia, China, and Vietnam ultimately obliged an international order under the cachet of America. The Middle East, including Iran, should prove no different.
Posted by Submariner at 8:03 PM No comments:

Show Me The Money

Tomorrow at noon the the Tax Policy Center, a joint venture of the Urban Institute and Brookings Institution, will be hosting a forum discussing the tax implications of the current presidential candidates. It should be worth your time.
Posted by Submariner at 9:48 AM No comments:

Got a Problem With That?

After listening to Senator Obama I have concluded that the outrage over his call for greater personal responsibility is unjustified. The only flaw is that he didn't similarly admonish black leaders. From Jesse Jackson, Sr. to William Jefferson to Kwame Kilplatrick, black elites are tainted with questions of corruption and dubious personal comportment.

In my continuing efforts to understand the modern world, I am struck by the moral fastidiousness of Ho Chi Minh and the leadership of the Vietnamese resistance. They resisted the lure of cultism which infected Stalinist Russia and Maoist China. The absolute moral superiority of Vietnam's revolution allowed it to endure and eventually prevail in the longest conflict in American history. In retrospect, truth was the decisive weapon against the most powerful nation in the world.

This moral authority wasn't merely an innate belief that they were right or tough. Persons literally were unworthy to be considered leaders if they did not not share in the prodigal conditions of their followers. Additionally, to be a leader required regular sessions of serious self-criticism, something which Scott McClellan notes was entirely absent in the current Bush administration.

Such aggressive searches for the deficiencies of leaders results in realistic assessments of their capacity to act effectively and is essential for self-improvement. Organizational failure is inevitable if the leadership has no default mechanism to confront and absorb the truths about itself. So rather than limit the requirement for deodorant to the undifferentiated and unwashed masses, Obama needs to include the black elites who regularly strut their stuff at invitation-only formal events.
Posted by Submariner at 10:17 AM No comments: 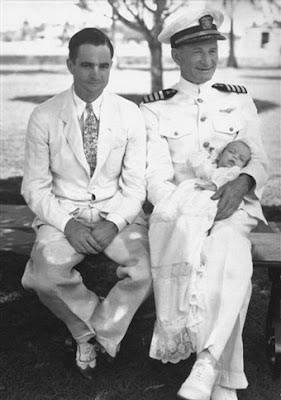 From Mary Dudziak. We know that he certainly exceeds the age threshold. But does John McCain meet the citizenship requirement to become President of the United States? According to legal scholar Gregory Chin, the answer is no.

Senator McCain was born in 1936 in the Canal Zone to U.S. citizen parents. The Canal Zone was territory controlled by the United States, but it was not incorporated into the Union. As requested by Senator McCain's campaign, distinguished constitutional lawyers Laurence Tribe and Theodore Olson examined the law and issued a detailed opinion offering two reasons that Senator McCain was a natural born citizen. Neither is sound under current law. The Tribe-Olson Opinion suggests that the Canal Zone, then under exclusive U.S. jurisdiction, may have been covered by the Fourteenth Amendment's grant of citizenship to "all persons born . . . in the United States." However, in the Insular Cases, the Supreme Court held that "unincorporated territories" were not part of the United States for constitutional purposes. Accordingly, many decisions hold that persons born in unincorporated territories are not Fourteenth Amendment citizens. The Tribe-Olson Opinion also suggests that Senator McCain obtained citizenship by statute. However, the only statute in effect in 1936 did not cover the Canal Zone. Recognizing the gap, in 1937, Congress passed a citizenship law applicable only to the Canal Zone, granting Senator McCain citizenship, but eleven months too late for him to be a citizen at birth. Because Senator John McCain was not a citizen at birth, he is not a "natural born Citizen" and thus is not "eligible to the Office of President" under the Constitution.

And to think that while questions were being entertained about Senator Obama's religious affiliation, John McCain's status as a natural born citizen is in doubt.

Posted by Submariner at 8:42 PM No comments:

Posted by Submariner at 8:26 PM No comments: 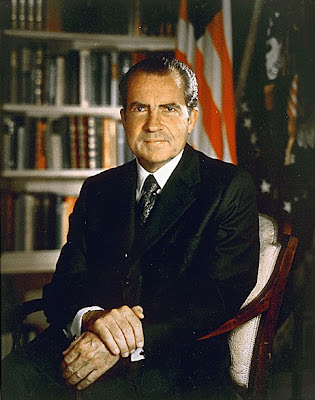 Barack Obama is crafting a 21st Century version of the political alliance that enacted the Civil Rights Movement: overwhelming but far from unanimous black support combined with white middle and upper-middle classes and youthful vigor to affect the political process.

Rick Perlstein's Nixonland describes how Strom Thurmond brokered his support for Richard M. Nixon's candidacy in 1968 in exchange for not just concessions on federal enforcement of civil rights legislation but also for protectionist policies to favor South Carolina's textile industry.

Needless to say, economic liberalization has removed such items from consideration. Furthermore, the conservative backlash has effectively dismantled programs to promote advancement and protection of blacks. And the crowning achievement of welfare reform and a massive carceral state has subdued and pacified urban dwellers.

All the above plus the economic uncertainty of the ostensibly entrenched white middle and upper-middle classes has markedly diminished the power of appeals to racial solidarity. White ethnonationalists on the air may persist in attempting to make Latino immigrants the source of pecuniary woes but illegal residents aren't displacing laid off airline pilots and bank executives. They aren't purchasing foreclosed homes. Their kids aren't overrepresented in high priced private colleges. They aren't purchasing baubles from upscale specialty stores in quaint historic towns. In other words they aren't to blame for any of the perturbations of affluent society.

That's the aftermath of Hurricane Bush. Whites who occupy the higher social strata and gaze upon John McCain must ask themselves the same rhetorical question posed by Harry Callahan.
Posted by Submariner at 11:35 PM No comments: